Caring for health problems that affect the brain and nervous system requires special expertise. Whether you're experiencing an emergency like a stroke, or live with a chronic condition like multiple sclerosis, you can count on our team to provide the highest possible quality of care in a compassionate and caring environment.

Our team is composed of specially trained neurologists, neurosurgeons, critical care nurses and rehabilitation professionals who provide comprehensive treatment to a variety of neurological disorders such as:

With stroke, early treatment can save lives and prevent long-term damage. Our outstanding team has earned awards that demonstrate our commitment to doing just that.

Emanate Health Queen of the Valley Hospital in West Covina has been designated a comprehensive stroke center by the Los Angeles County Emergency Medical Services Agency. The designation means the hospital is a 9-1-1 receiving hospital for patients and has met the standards of the Centers for Medicare & Medical Services. Comprehensive stroke centers offer neurology specialists and neuro-interventional physicians, who are available around the clock. The hospital has physicians and specialists who can perform clot-removing procedures, including a thrombectomy, an interventional procedure for removing a blood clot from an artery or vessel.

Emanate Health Queen of the Valley Hospital (QVH) and Emanate Health Foothill Presbyterian Hospital (FPH) have both received The American Heart Association/American Stroke Association's (AHA/ASA) Get with the Guidelines ®-Stroke Gold Plus Quality Achievement Award. The award recognizes our commitment to ensuring stroke patients get the most appropriate treatment, according to nationally-recognized, research-based guidelines based on the latest scientific evidence.

QVH has received the AHA/ASA's Gold Plus Target Stroke Honor Roll Elite designation. To qualify for this, hospitals must meet quality measures designed to reduce the time between a stroke patient's arrival and treatment with clot-busting tissue plasminogen activator (tPA). This is the only drug approved by the U.S. Food and Drug Administration to treat ischemic stroke.

The Stroke Center at Emanate Health Queen of the Valley Hospital has the newest Neurointerventional lab in the San Gabriel Valley, along with the latest in technology and equipment for the treatment and management of all neurovascular disease, including stroke.

In addition to quick treatment, we believe in providing our patients with early rehabilitation and the smoothest transition to the level of care comes next for you and your family—moving to our acute rehabilitation unit, transitional care, home health care or outpatient rehabilitation. 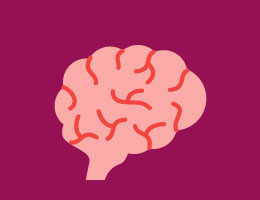 Is Alzheimer's disease the only cause for problems with memory and thinking?

Our board-certified neurologists deliver evidence-based, expert-level care with a multidisciplinary and collaborative approach to provide a specialized treatment plan for those who have neurological health issues such as: